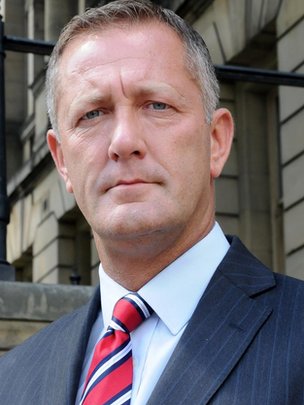 South Yorkshire’s Police and Crime Commissioner is facing calls to resign after the publication of a report into widespread child abuse in Rotherham.

A victim of sexual abuse in Rotherham told BBC’s Panorama: “I was a child and they should have stepped in”

Muhbeen Hussain, founder of the Rotherham Muslim Group: “There is nothing in the Pakistani or Muslim culture that condones such actions…we are asking for prosecutions”

“It’s about what councillors may have known. If people don’t know, then they’re not really in a position to do anything about it.

“I can categorically say that until I came into children’s services in 2010, I was not aware of the depth and breadth of child sexual exploitation in Rotherham.”

Mr Lakin refused to say whether he thought Mr Wright should resign.

A spokesman for Mr Wright said: “The commissioner is pleased that the inquiry conducted by Alexis Jay finally shines a light on the errors made in relation to safeguarding children in Rotherham and that constructive action can be taken to protect young people as a result of the report and recommendations.

“The commissioner has previously apologised for the failure of Rotherham Council while he was in its cabinet from 2005 to 2010.

“He repeats that apology today and he fully accepts that there was more that everyone at Rotherham Council should have done to tackle this terrible crime.”